You are here: Home > News > The day we played host to BBC News

The day we played host to BBC News

The filming during February 2017 was part of a themed and nationwide "NHS Week" of stories, exploring both the reasons behind recent pressures on services and - in our case - some of the potential solutions and new ways of working for the future, such as telemedicine.

The film crew based themselves in the hub for the day, beaning live transmissions to a number of national and international BBC News bulletins at key times in the morning, afternoon and evening.

They interviewed us about our telemedicine service as well as finding out during the day the types and numbers of calls we are taking; what advice we are able to offer; and what would have happened to our patients if the call had not been made to the hub.

In parallel to this, they also filmed at the  Cravenside Residential Home for Older People in Barnoldswick, where they asked residents what they thought of the service as well as illustrating what happens on a typical call from their perspective.

The film crew was led by Jamie Coulson, Health Reporter, who has featured our telemedicine service before. 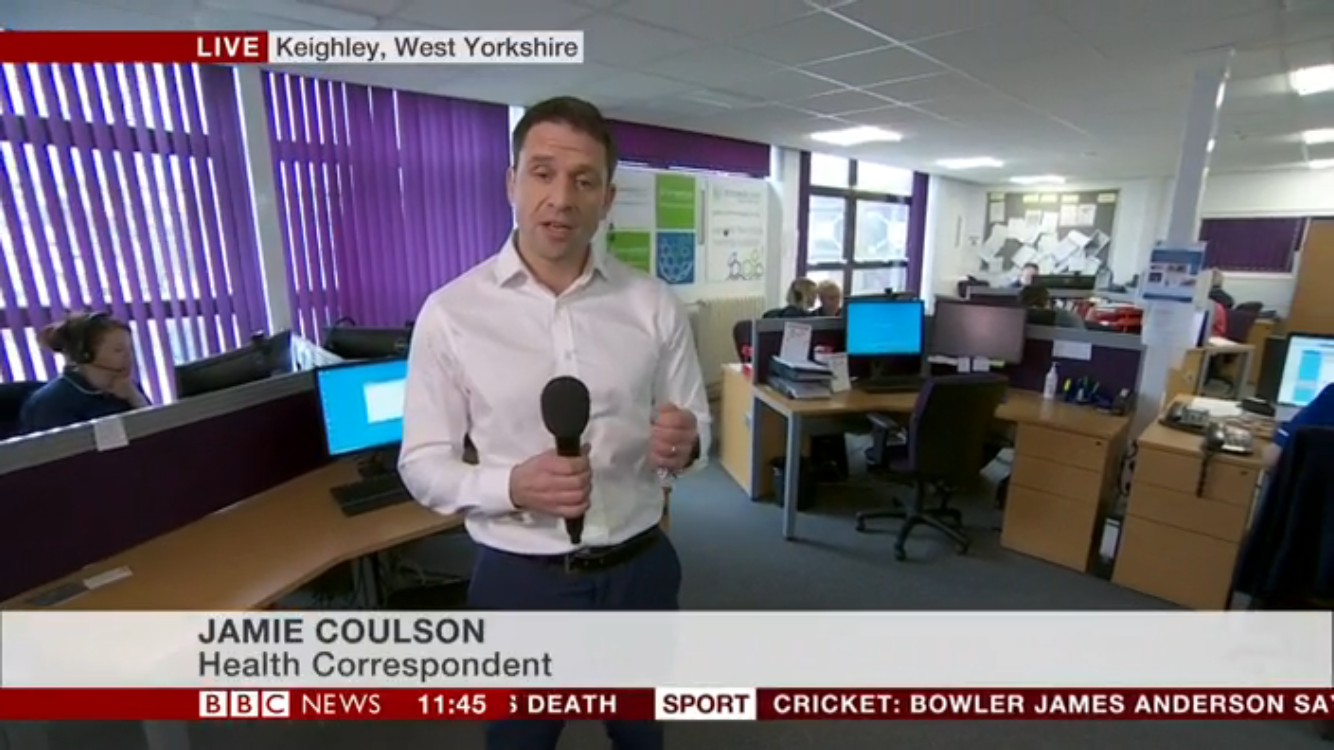 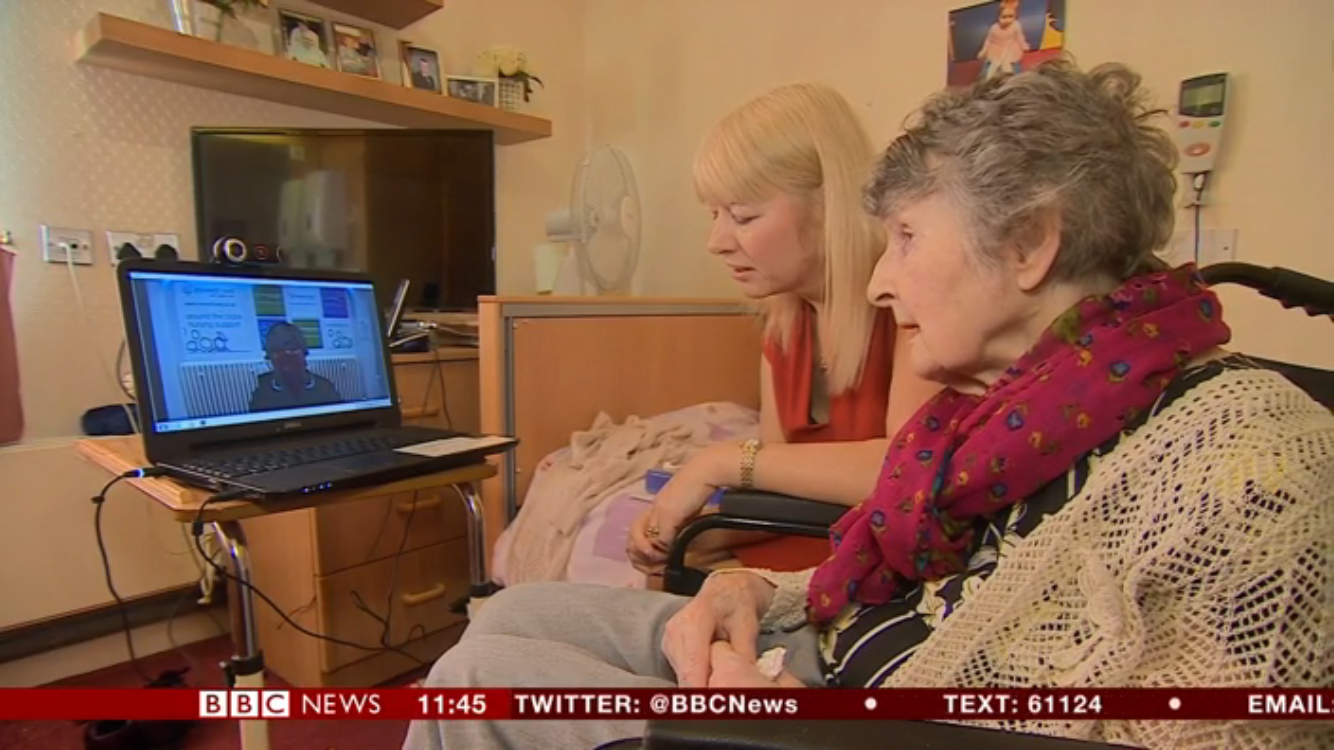 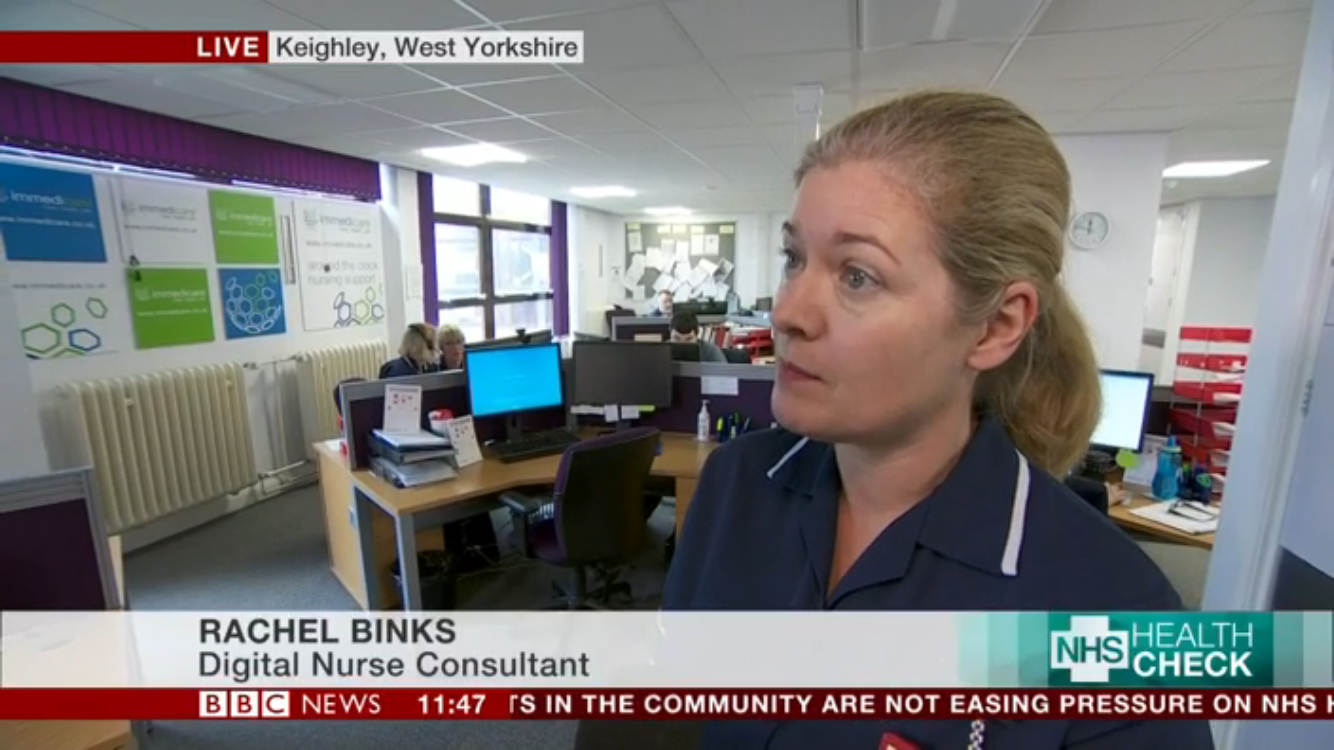 < Back to all news stories

A dedicated 24/7 telephone service for people with a serious illness who are in their last year of life, and the people looking after them. Care is provided by a team of experienced nurses who are on hand to give advice, support and guidance to help people die with dignity in the place of their choosing (usually at home).

A highly-specialist Health in Justice service providing consultant-led secondary care support via telemedicine to prisoners residing in Prisons and Youth Offender Institutions (YOI) across the country. This service is currently available in more than 30 secure centres across the country.

The Hub team provides access to advice and support for residents in over 500 residential and nursing homes across the country, as well as individual patients with a variety of long-term conditions. The team has full access to individuals’ care records, allowing them to give comprehensive clinical assessments, guidance on condition management, and ongoing monitoring.